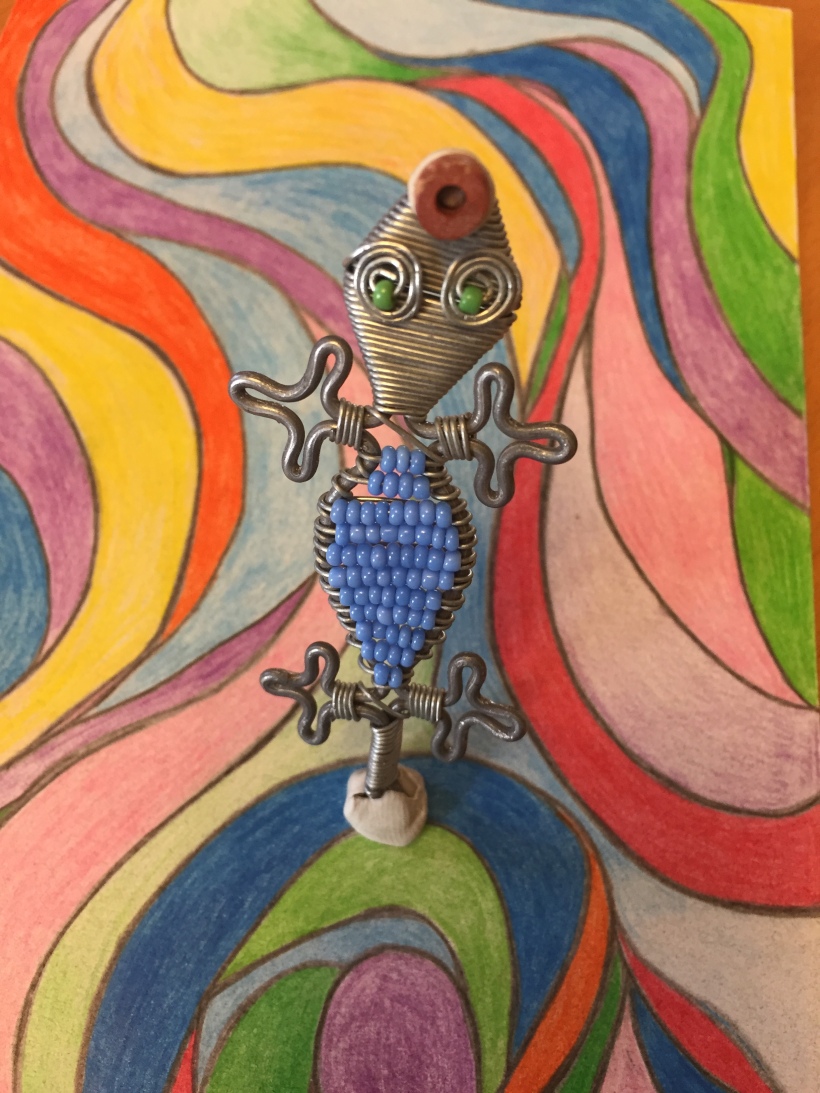 I had to turn left out of the parking garage sending me west when I needed to go east. I could have turned right at the next street but didn’t react quickly enough. The one-way streets meant going two blocks further west. But after two right turns I was on the street I wanted to take to cross Michigan Avenue. After Michigan, I looked for the Fairbanks/Columbus Drive intersection but it came up faster than I anticipated so I missed the turn. Again I had to go two blocks further to the next available right. I made that turn and the next right successfully scooting over into the far left lane in time to turn left onto Columbus Drive. As I crossed the river I saw that Columbus became a tunnel and didn’t allow me to turn onto Wacker Drive. I hadn’t noticed the tunnel on the map but I knew it must eventually take me to the surface. I came up near the modern wing of the Art Institute, turned right on Monroe then right again on Michigan. I intended to take a right on to Wacker which would put me in front of the hotel but we’d agreed to meet on Stetson, the side street between the two parts of the Hyatt. I was pretty sure I could get to Stetson by turning right on Randolph. So I did and was immediately facing another tunnel. I didn’t know where it would take me and I had the option to stay on a surface street which I did. I took the first available left which led me directly to Wacker where I promptly turned right because I’d lost track of where I was in relation to where I wanted to be. I was now east of the hotel. I planned to just go around the block but the street was a dead end closed off by construction.

When I reached the end of the street, worried that it wasn’t wide enough for me to turn the car around, my breathing was shallow. Tears were welling up and there was a voice in my head screaming at me to give up. Pull over, call Laura, and tell her she needs to walk to find me and get me out of this.

I’ve spent the last two years studying the map of self-acceptance. I’ve read wonderful books, studied with excellent teachers, listened to inspiring podcasts. I not only understand the principle of observing and acknowledging my feelings as a way to keep from getting entangled in them, I even teach effective techniques to others. But the territory, that is, my lived experience, is filled with missed turns, unanticipated tunnels, and on-the-fly decisions that don’t always take me where I intend to go. Each day is an opportunity to go beyond simply understanding the map and face the challenge of putting the map to use, creating calm within the territory of my real life.

On the dead end street I followed Laurie Cameron’s advice: First breath—pay attention to my breath. Second breath—relax my body. Third breath—ask what’s important right now. I turned the car around, saw the hotel sign one block in front of me, made three turns, and there was Laura, calmly waiting for me and ready to take the wheel.