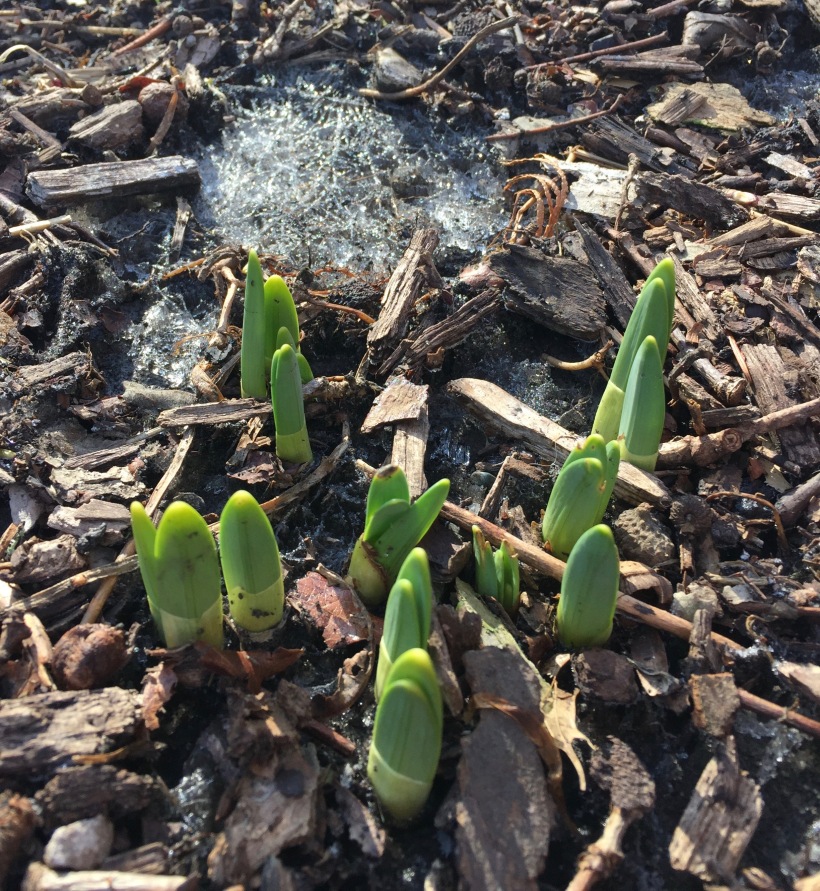 Here in the middle of the Midwest it is neither winter nor spring. The days are a little longer and tiny green shoots are scattered throughout our garden beds, and as the temperature rises my shoulders start to loosen after weeks of hunching against the cold. But it isn’t all mild days and flowers rising. The sky is often overcast, sunny days feature biting winds, and those tender green shoots are probably going to get buried under several inches of snow before the month is over.

Although I’m a native Midwesterner, it was the 15 years I spent in Minnesota that made this season of contrasts my least favorite. On a warmish day my spirits lift and I convince myself that spring has arrived. When snow falls a few days later I feel like a fool. But I’m not much of a learner on this topic so for weeks I experience this cycle of hope and disappointment. In Minnesota it lasted until May.

My mother had a friend who snarled at people who complained about hot days in July. “It’s summer isn’t it?” she’d bark at them. One hot and muggy summer I decided to take the implication of her admonishment seriously and vowed I would not complain about the heat. When I noticed my mind moving in that direction I batted the thought away. The challenge I hadn’t anticipated was how often others would complain to me about the heat. Talking about the weather is such a simple way to make contact. But it’s also a great example of routine negativity disguised as interpersonal connection. I didn’t want to snap at people or correct them so I found myself developing a host of responses that featured a big smile and something along the lines of “Oh, but we’ll miss these days come January.” Or, “Yes, but wasn’t it a glorious spring?” I was chipper enough that people didn’t appear to feel scolded as those who encountered my mom’s friend probably did. The one thing I didn’t manage to do, the thing I’m working hard on now, is simple appreciation for what is.

My challenge during these days between seasons is that a warmish day sends me hurtling into the future where the daffodils are out and the days are predictably mild. Right now, this moment, the sky is clear, the sun is urging the flowers to rise, the temperature is below freezing, and the furnace is working just fine. This moment, I remind myself, with all of its contradictions, is the only one I have.